Skip to content
One of the things I like best about technology is its use to solve problems that contribute to the improvement of society’s quality of life in general. Yesterday, the U.S. National Science Foundation (NSF) and the Japan Science and Technology Agency (JST) announced joint support for 6 projects at universities in both countries that leverages Big Data and Data Analytics to transform disaster management for individuals and for society at-large. According the announce, when disaster strikes, it is critical that experts, decision makers and emergency personnel have access to real-time information in order to assess the situation and respond appropriately. 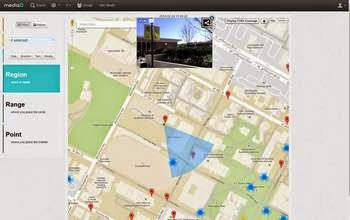 The researchers will look at how to capture and process data associated with disasters and improving the resilience and responsiveness of emerging computer systems and networks in the face of disasters to facilitate real-time data analytics in their aftermath. Jim Kurose, head of NSF’s Computer and Information Science and Engineering Directorate said: “We’re proud to collaborate with JST to address the global need for Big Data and data analysis for disaster management. Collaborative programs such as this one bring diverse perspectives and expertise to bear in mutually synergistic ways on critical problems that impact all of society. These are challenges that no single country can address in isolation.”

The US-Japan Big Data and Disaster Research projects are:

Researchers at the University of Southern California and the National Institute of Informatics in Japan will collaboratively design a computer platform that decision makers can use during disasters to analyze incoming data and coordinate responses.

Data-Driven Critical Information Exchange in Disaster-Affected Public-Private Networks
Florida International University and University of Tokyo researchers will design context-aware and user-specific information delivery systems that could be deployed during disasters to supply accurate information to citizens.

Efficient and Scalable Collection, Analytics and Processing of Big Data for Disaster Applications
Researchers from the Missouri University of Science and Technology and Osaka University in Japan will collaborate to develop new methods to compress, transmit and query data from sensor networks.

A Big Data Computational Laboratory for the Optimization of Olfactory Search Algorithms in Turbulent Environments
Researchers at Johns Hopkins University and the University of Tokyo will collaborate on the development of new olfactory search algorithms that use sensors to identify sources of pollutants or other agents released in the air or sea.

Researchers from Temple University and the University of Aizu in Japan will collaborate to design smartphone-based ad hoc emergency networks that can evolve as a disaster unfolds.